Una is a district and a municipal council city in the state of Himachal Pradesh. It serves as the district headquarters of Una. The town of Una is believed to be home to the Shahar Qila, which is a historic fort and the ancestral home of the descendants of Guru Nanak, the first Guru of the Sikhs. There are 11 wards under the Municipal Council. Una has five tehsils and became a district of Himachal Pradesh on 1 September 1972. Una shares its border with the Hoshiarpur and Rupnagar districts of Punjab and the Kangra, Hamirpur, and Bilaspur districts of Himachal Pradesh. Una district is a well-developed industrial area. Among the famous places of Una is ‘Chintpurni’ Devi Temple, for whose darshan people come from far and wide. If you are interested to read the history of Una then click on History of Una Himachal Pradesh.

Geography:
Una has an average elevation of 369 meters. In summer the temperature of the district goes up to 45°C. Most of the district is plain due to which the summer is a bit hot. Una is situated in the western part of Himachal Pradesh. Nangal Dam is in the south of the district and Pong Dam is in the north of the Beas district. On the western side of Una are the Shivalik hills of the Himalayas and on the eastern side is the Solah Singhi ranges. The Swan River, believed to be the soul of Una, flows 65 km south in the Jaswan Valley and joins the Sutlej River near Anandpur.

Demographics:
As of the 2011 Census of India, Una city had a population of 5,21,173 and a literacy rate of 86:52%, and Hindi and Punjabi are the main spoken languages in the district.

Culture:
Most of the area of the Una district is surrounded by Punjab. That’s why the culture here is similar to that of Punjab. The culture and tradition here are both Punjabi and Pahari. The majority of the people of the Una district belong to the Hindu community, and the rest belong to the Sikh religion. Most of the spoken language in the Una district is Punjabi, Hindi, and Pahari language. Una’s Hola Mohalla fair is very famous and takes place in February-March. Sawan Ashtami Mela, Guru Nanak Jayanti, Peeplu Mela, Pir Nigah Mela, Gugga Mela Chaksarai, Prakash Utsav and Baisakhi festival are celebrated here.

Weather and Climate:
In summer the temperature goes up to 45 °C and in winter the temperature remains between 0-20 °C. The winter season is from mid-November to mid-March. Due to the high plains, the summer here is a little longer. The best time to visit is considered to be in winter from October to March.

How To Reach:
By Road: Una district is situated on the border of Himachal and Punjab. Una is well connected by road to all major cities/towns of Himachal Pradesh as well as neighboring states. The major bus stands of the district are Una, Amb, Daulatpur, Gagret, Santokhgarh, Mubarikpur, Haroli, and Bangana. The major modes of local transport are buses, auto rickshaws, and taxis.
By Railway: Una town is connected by a broad gauge railway line, the only one in the entire state. It enters Una from Nangal (Punjab) and goes up to Daulatpur Chowk. Three express trains connect it to Delhi daily.
By Air: The nearest airports are Chandigarh and Gaggal. 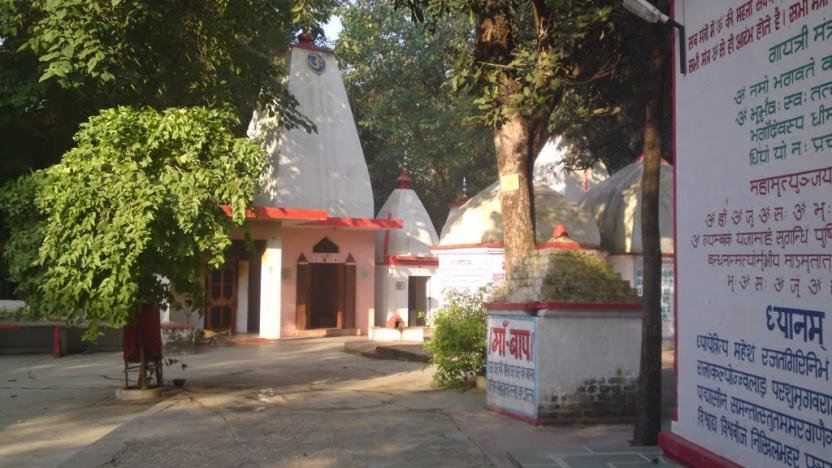 Perched on Hoshiarpur-Dharamsala road, Shiv Bari sits on the bank of the river Swan and this place is considered a practicing area for archery pupils of Guru Dronacharya.Una Himachal Pradesh As per le...

Chintpurni is a major idolized shrine of the Hindus, which is located in the Una district ... 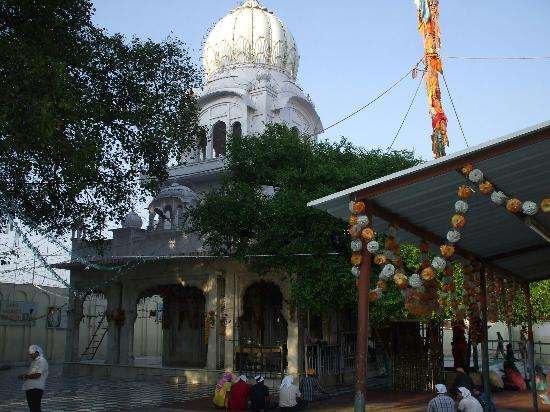 Dera Baba Bharbhag Singh is a popular Gurudwara in Una that was established by Sain Baba Bhabhag Singh. Enclosed by Eucalyptus trees, the Gu... 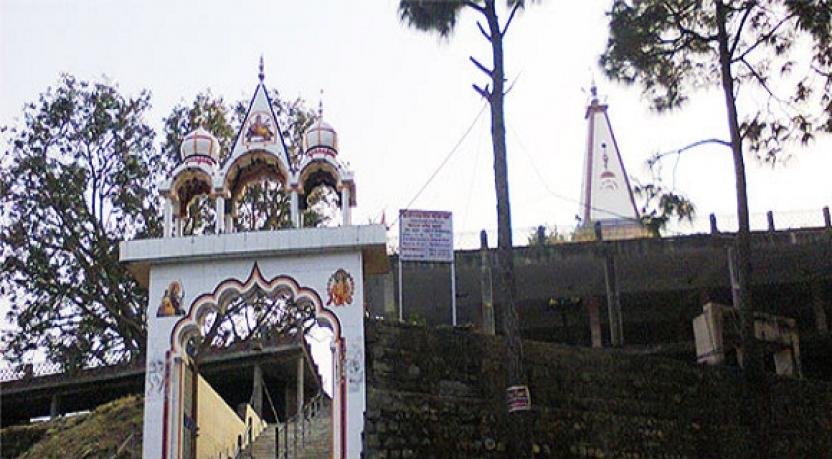 Located in the Bahi Village of Una (Himachal Pradesh), Dhyunsar Mahadev Temple is a popular Hindu Temple that is commonly known as Sada Shiv Mandir/ Shiv Tilla by tourists coming from different parts ... 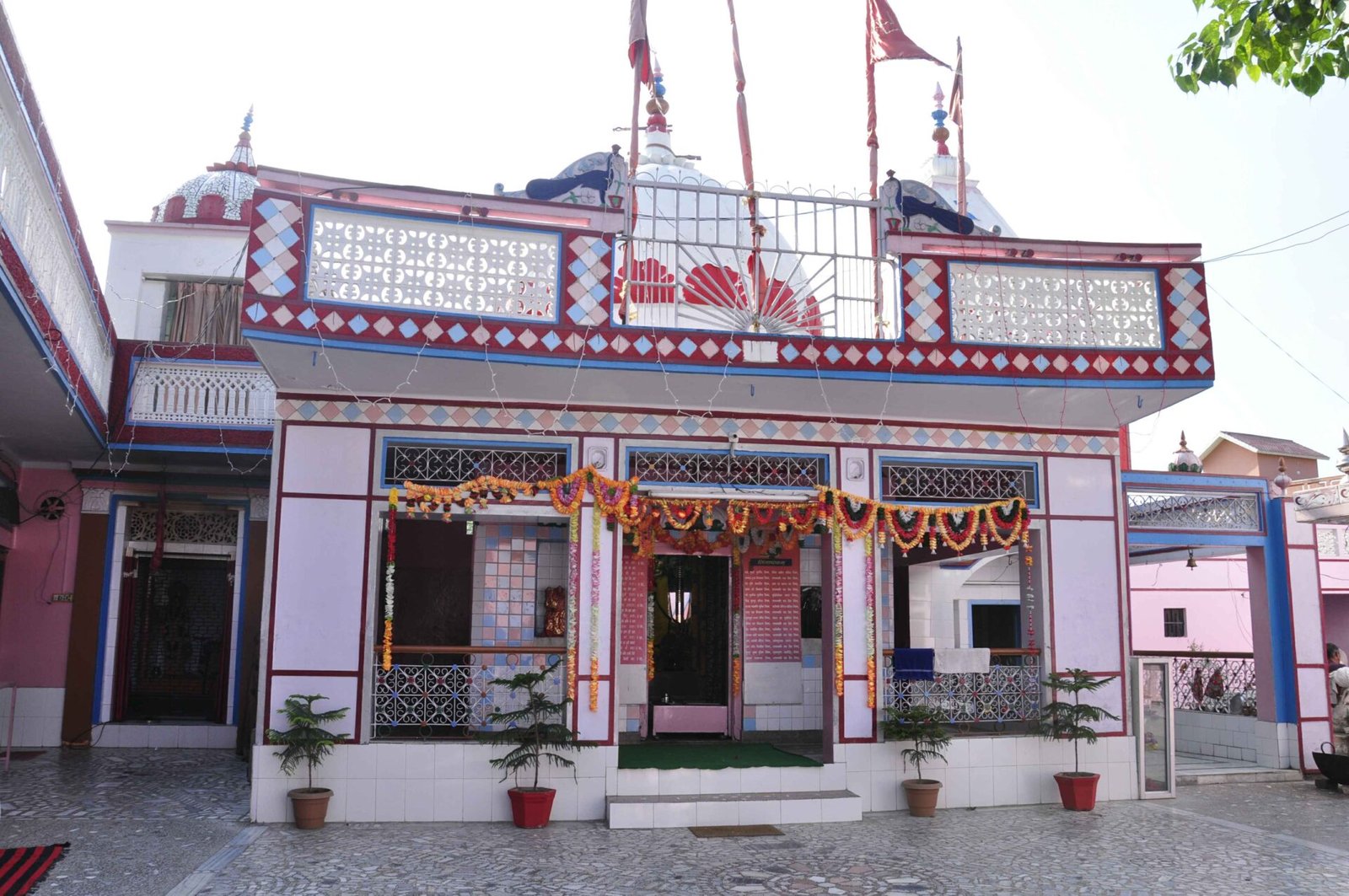 Dedicated to the Goddess Durga, the Sheetla Devi Temple is located in the Una district of Himachal Pradesh. It is placed nearby Chintpurni Devi Temple in Bharwain. A good number of devotees throng th...