Interesting facts about Lahaul and Spiti

According to the famous author Rahul Sanskritikyayan, Lahaul means the land of God. The name Lahaul is a distorted version of ‘Rahul’, the son of Lord Buddha, while Spiti means “Land of Gems” (Land of Precious Stones).

From the highest and most breathtakingly beautiful monasteries to the cold desert mountainous natural splendor of Lahaul and Spiti, this place is one of the best in the entire country for peace of mind.

The lifestyle of Lahauli and Spiti Bhot is similar. Cultivation of potato peas is common in agriculture. Occupations include animal husbandry, working in government programs and services, and weaving, among other occupations. The houses are built in the Tibetan architectural style, as the land of Lahul and Spiti is hilly and very vulnerable to earthquakes. In case of estrangement between husband and wife, either of the husband and wife can take divorce. The divorce is accomplished by a simple ceremony performed in the presence of the village elders. If the husband does not remarry, the husband has to pay compensation to his ex-wife.

Spiti is considered to be the land of Lamas and is one of the important centers of Buddhism. There are many Buddhist monasteries or gompas in the Spiti Valley. Kai Monastery is one of the major learning centers of Buddhist studies in Spiti. It is the oldest and largest monastery of Spiti. It has rare images and texts of Buddha and other gods and goddesses. Tabo Monastery is called the ‘Ajanta of the Himalayas’, it is situated at an altitude of 3050 meters. Tabo Monastery has located 45 km from Kaza. Tabo Monastery was founded by the scholar Richen Zangpo. There is a modern guest house with a dining room and facilities and a monastery for over 60 lamas.

Kardang Math is in Lahaul and is about 14 km from Keylong. Built-in the 12th century, the monastery is said to have a large library of Buddhist literature, including the main Kangyur and Tangyur scriptures.

Geography and Climate
Lahaul and Spiti district is connected to Manali through the Rohtang Pass and is geographically situated on the Tibetan Plateau. The Kunzum Pass has an altitude of 4,551 meters and is the gateway to the Spiti Valley from Lahaul. The Spiti River rises from a gorge in the southeast and joins the Sutlej River. Spiti is a typical mountainous desert region, with an average annual rainfall of 170 mm. The cultural relations of Lahaul and Spiti are largely similar to those of Tibet. The weather is pleasant and quite comfortable during summers from May to mid-October. This is the best season to visit this valley. One can always enjoy the bright sunshine while roaming inside the lush green valley. From November to April there is heavy snowfall, and the temperature drops to minus.

Demographics:
As of the 2011 India census, Lahaul and Spiti districts had a population of 31,564. And the literacy rate is 76.81%. Kinnauri, Pattani, Bhotia, Hindi, English, Nepali, and Tibetan languages are spoken in the district. It is said that Lahauli is of Tibetan and Indo-Aryan ancestry and Spiti Bhot is of Tibetan ancestry.

Best Time to Visit :
Lahaul and Spiti can be visited from April to October, the rest of the time they cannot be visited due to snow. The roads and villages here are free of snow only from April to October. Sometimes the road is temporarily closed by landslides or avalanches. One can enjoy skiing, trekking, and river-rafting activities in the region. Natural scenery and several Buddhist monasteries are major tourist attractions of the region. Skiing in Spiti is a popular activity among tourists. Famous passes like Pin Parvati Pass, Baba Pass, Hamta Pass Trek, and Spiti Left Bank Trek are permitted from June to October. Popular trekking routes in the area include Kaza-Langza-Hikim-Komik-Kaza, Kaza-Ki-Kibber-Gete-Kaza, Kaza-Losar-Kunjam La, and Kaza-Tabo-Sumdo-Nako.

How to reach Lahaul and Spiti:
By Air, the nearest airport – Bhuntar is in Kullu which is 160 km from Keylong.
By Rail. The nearest railway station is Chandigarh via Manali.
By Road. Via Shimla-Kinnaur-Nako-Sumdo (Spiti Valley)-Tabo-Kaja, commonly known as the Hindustan-Tibet Highway. These places can be visited from this highway.

The Baralacha La Pass, also known as the Baralacha la, is a high mountain pass that is located at the height of 16,040 feet above the sea level and is situated in the Zanskar range. This 8 kilometers ... 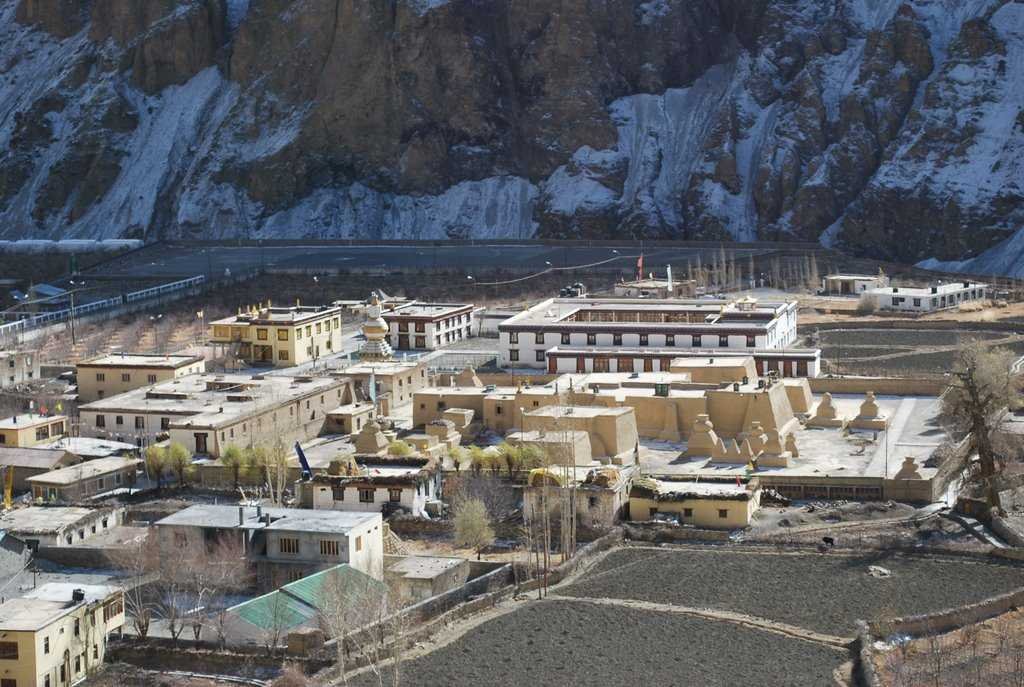 Standing tall and strong at a dizzying height of 10,000 feet, the Tabo Monastery is a testimony to the innate beauty and elegance of the Buddhist culture. It was estab... 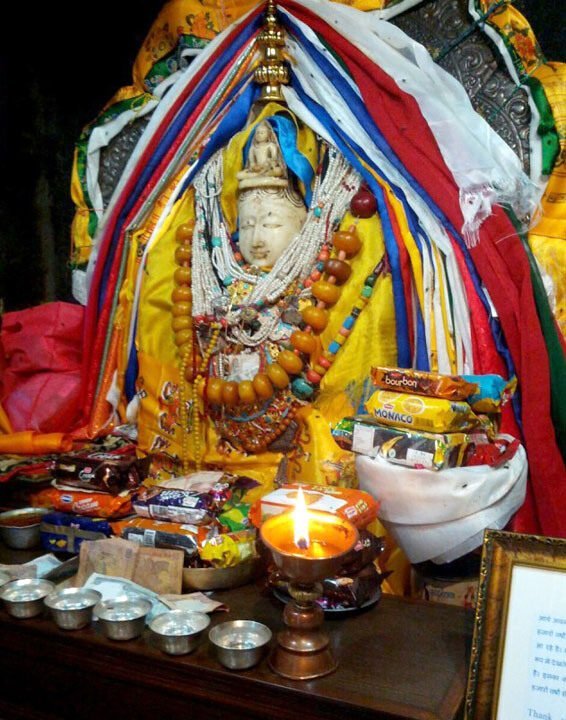 Trilokinath Temple holds religious significance amongst both Tibetan Buddhists and Hindus. The temple is situated on a cliff at the end of a street in the Tunde village. The three-day Pauri festival ... 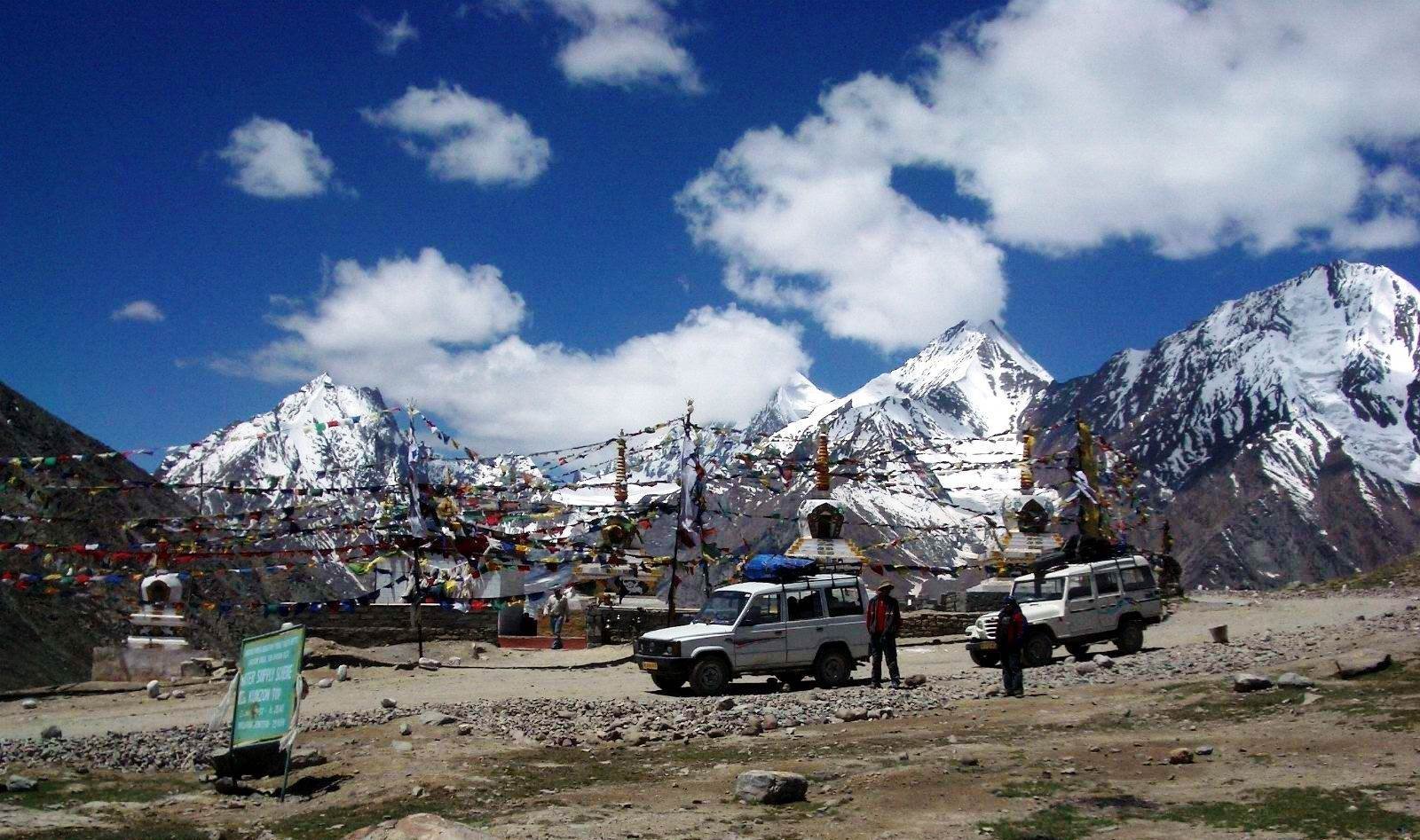 Kunzum Pass or Kunzum La as it is called by locals is one of the highest motorable mountain passes in India, located at an altitude of 4,551m above mean sea level... 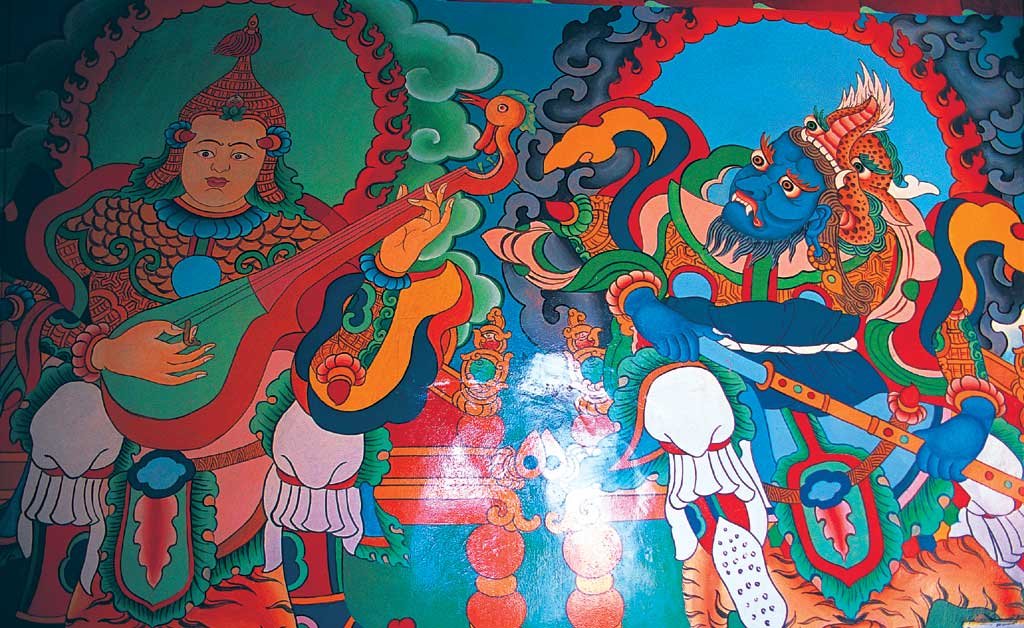 Thangka painting is a Buddhist painting made on cotton and silk. When they are not used for display, they are rolled and kept on a textile backing which looks like Chinese scroll paintings, with a si... 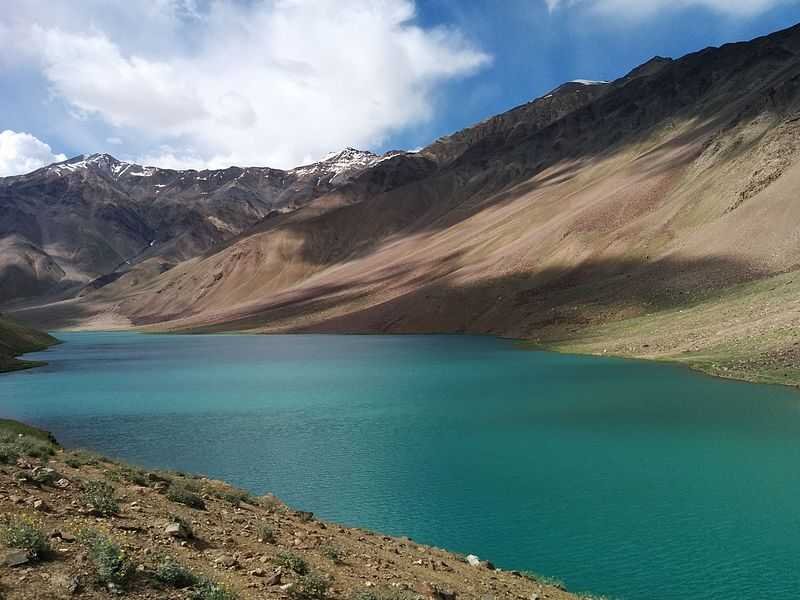 A camper and trekker's paradise, Chandratal Lake is often referred to as one of the most beautiful lakes located at an altitude ... 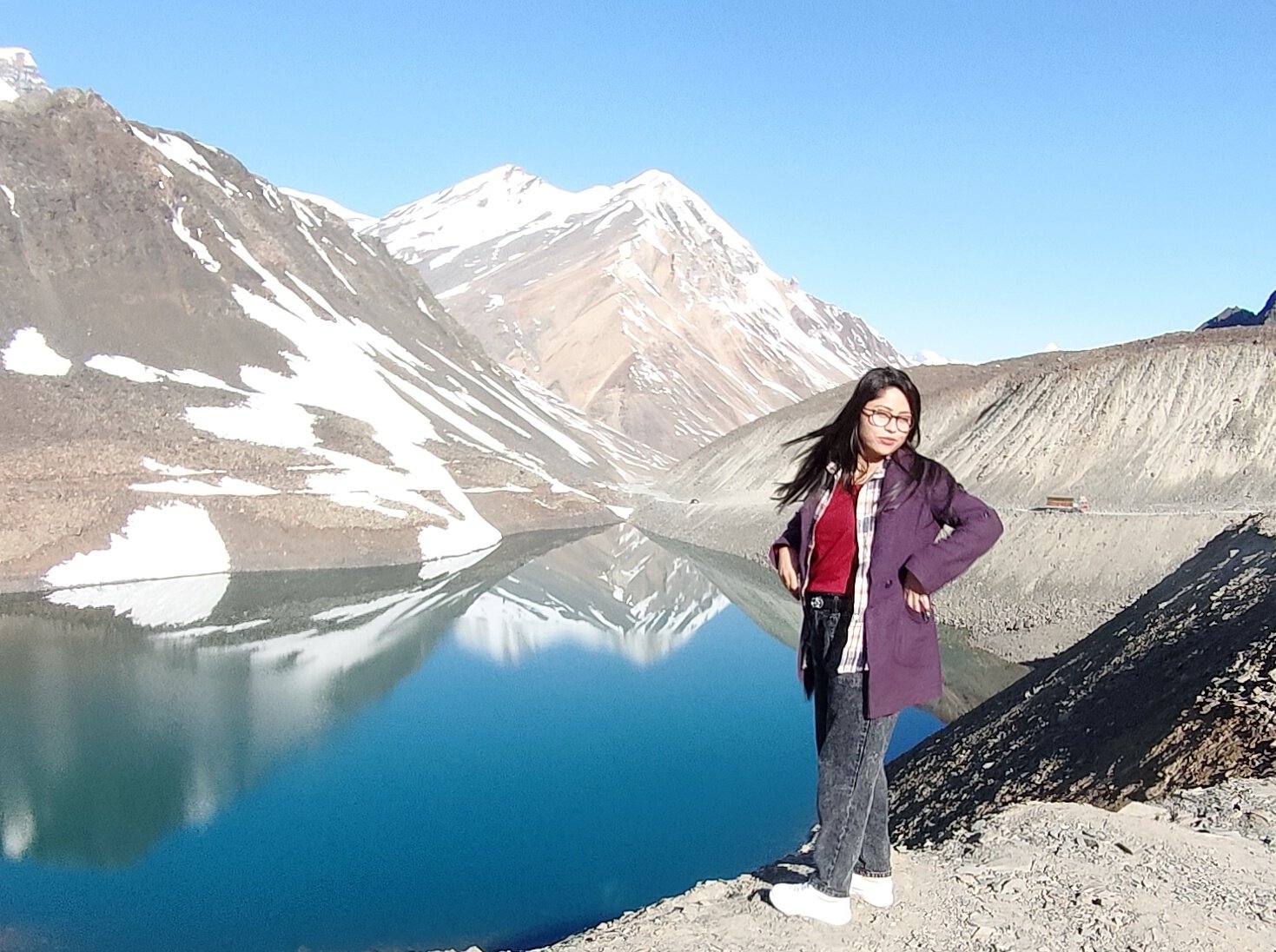 Suraj Tal or Suraj Tal Lake also called Surya Tal, is a sacred body of water, literally means the Lake of the Sun God, and lies just below th... 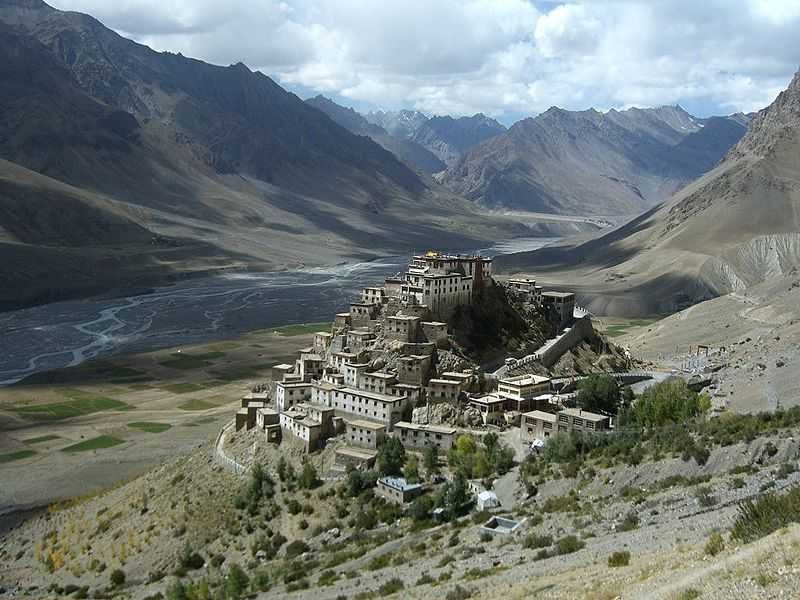 The Key Monastery is a famous Tibetan Buddhist monastery in the Lahaul and Spiti District of India. Located at an altitude of 4,166 meter... 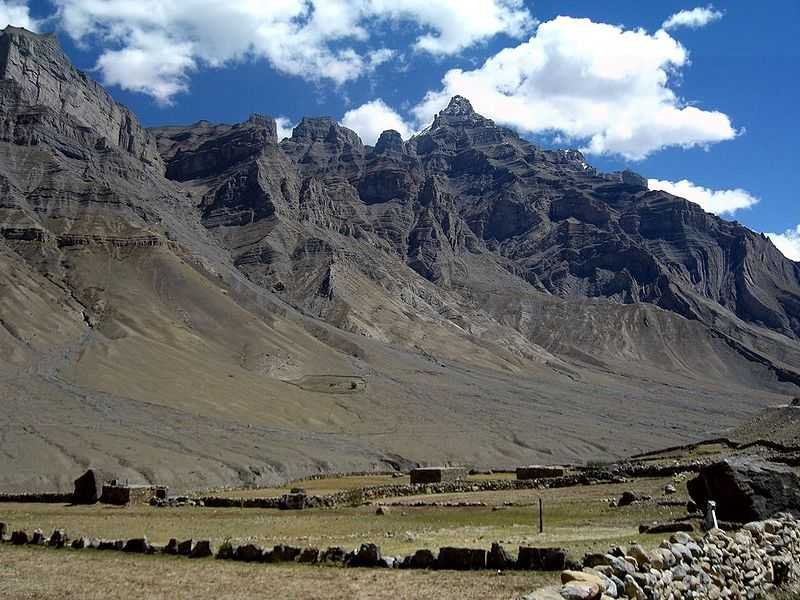 Set amidst semi-frozen rivers in the pin Valley, the Pin Valley National Park is situated in the Cold Desert Biosphere Reserve situated in the Lahaul and Spiti District of Himachal Pradesh. The elevat... This Dhankar Monastery is situated on a cliff between Kaza and Tabo. An amazing view of ... 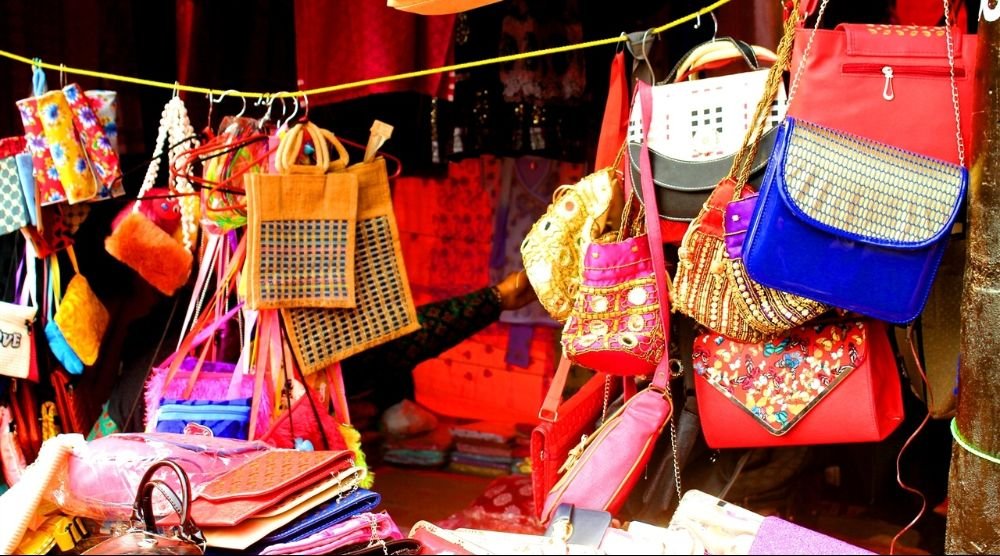 Know more information about City Shopping in Spiti. Being a lesser-known as a typical holiday destination, the tourism sector in Lahaul and Spiti is not well-developed, and finding shops for