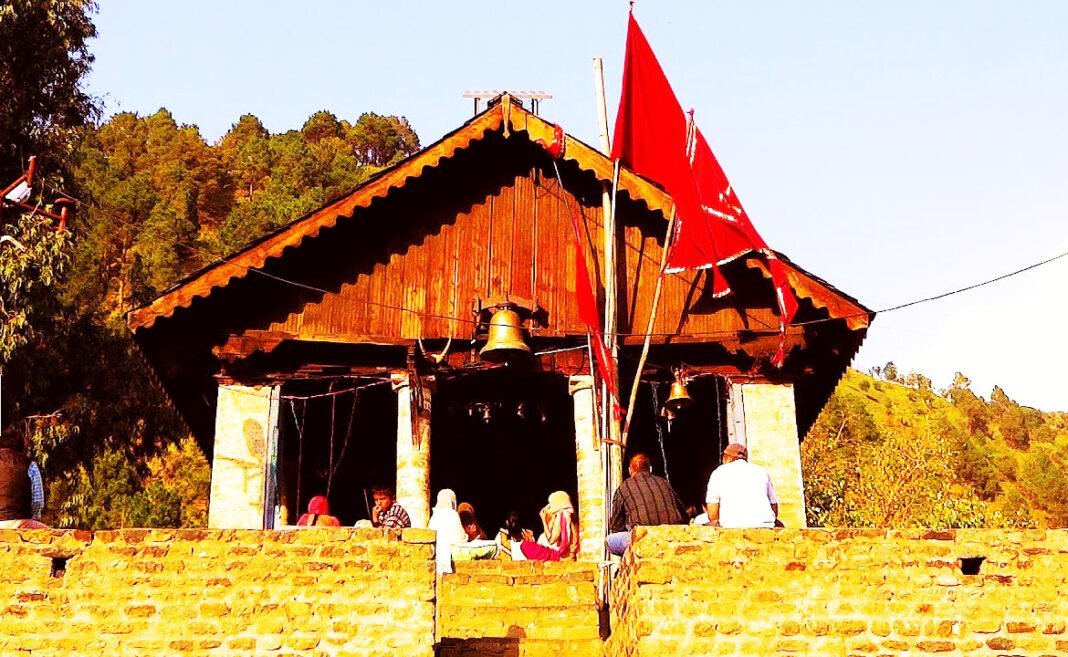 Perched on top of the Shah Madar Range and overlooking a spectacular view of the tiny township of Chamba, Chamunda Devi Temple was built by Raja Umed Singh in the year 1762. Nestled amidst the woods of Pathiar and Lahla, the temple is entirely made of wood and has gable roofs. Situated on the banks of river Baner, the temple is dedicated to Goddess Kali, also known as the Goddess of War. Earlier it could only be reached through a flight of around 400 steps cut out of a stone pathway but now it is easily accessible through a 3 km long concrete road from Chamba Lord Shiva which made this place famous as “Rudra Chamunda” – Chamunda Devi Temple of Himachal Pradesh is a popular religious place, Chamunda Mata.

Also known as Chamunda Nandikeshwar Dham, Chamunda Devi Temple is home to the god’s Shiva and Shakti. Lord Hanuman and Lord Bhairav guard the front gate of the temple and are considered to be the protectors of the Goddess. The shrine boasts enchanting decor and striking architecture and has carvings on the silver sheet in the inner sanctum.