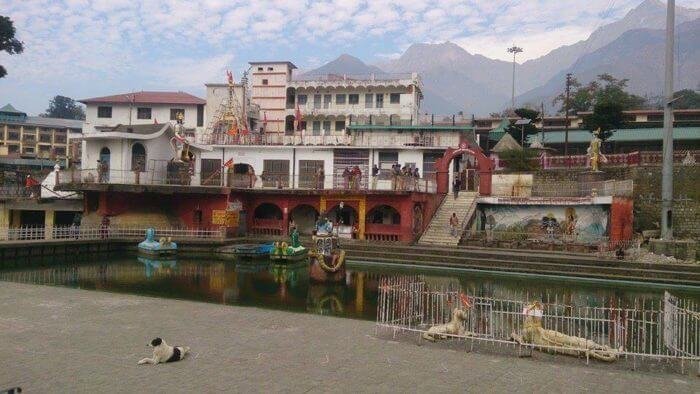 It is said that around 400 years back, a  king and a priest asked for permission from the Devi to shift the temple to a better place. The Goddess then appeared in the dreams of the priest and asked him to start digging the land at some particular place. The priest found an ancient idol of Chamunda Devi at that site. The idol was established at the same place and the Goddess is worshipped there since then.

When the idol was found, the king asked the labor to take the idol out but nobody was successful to displace the idol. Later on, the Goddess appeared in the dreams of the priest and told him that all the people were considering the idol as an ordinary idol while the idol is of great significance. The Goddess further asked the priest to wake up early in the morning, take bath, and wear holy clothes.