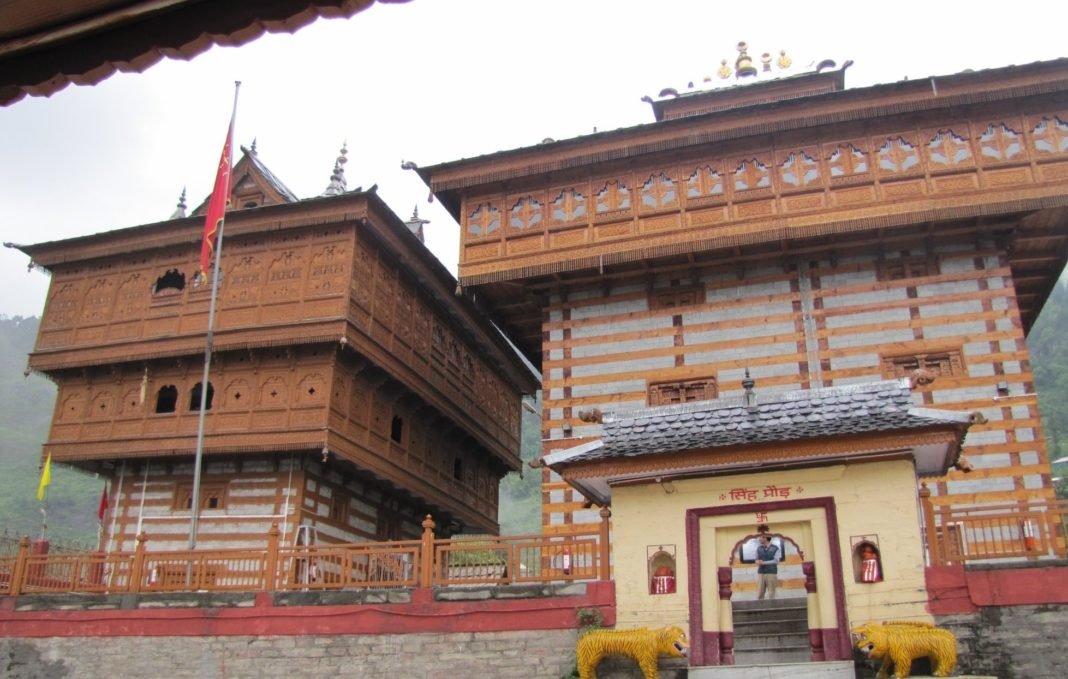 Sarahan is a beautiful hamlet situated near Kinnaur in the state of Himachal Pradesh. Known as the “Gateway to Kinnaur“, it is located near the Sutlej River Valley and the Indo-Tibetan road, at an altitude of 2165 m below sea level. Famous for the never-ending apple orchards, dense emerald pine and deodar forests, gushing streams, wildflower fields rustic settings, terraced farms, and slate-roofed houses,  the village is a sight to behold. The unparalleled beauty of the landscape, with mountains flanked by cliffs on one side and lush ravines on the other, not to forget the Srikhand Mahadev Peak makes Sarahan a memorable place. The place indeed has soaked a lot of nature’s blessing Sarahan Kinnaur.

At the very heart of the place is the fabulous two-towered temple of the local version of Devi Kali, the Bhimakali temple. It is built in a traditional Kinnauri manner with a touch of unique Tibetan architecture. It is also called the gateway to Kinnaur as it acts as a base for many trekking expeditions in the surrounding areas. Sarahan is also famous as the summertime capital of the rulers of Bushahr, who were believed to be settled in Kinnaur. At the present time, the village is secluded and has a very sparse population, making it tranquil and peaceful.