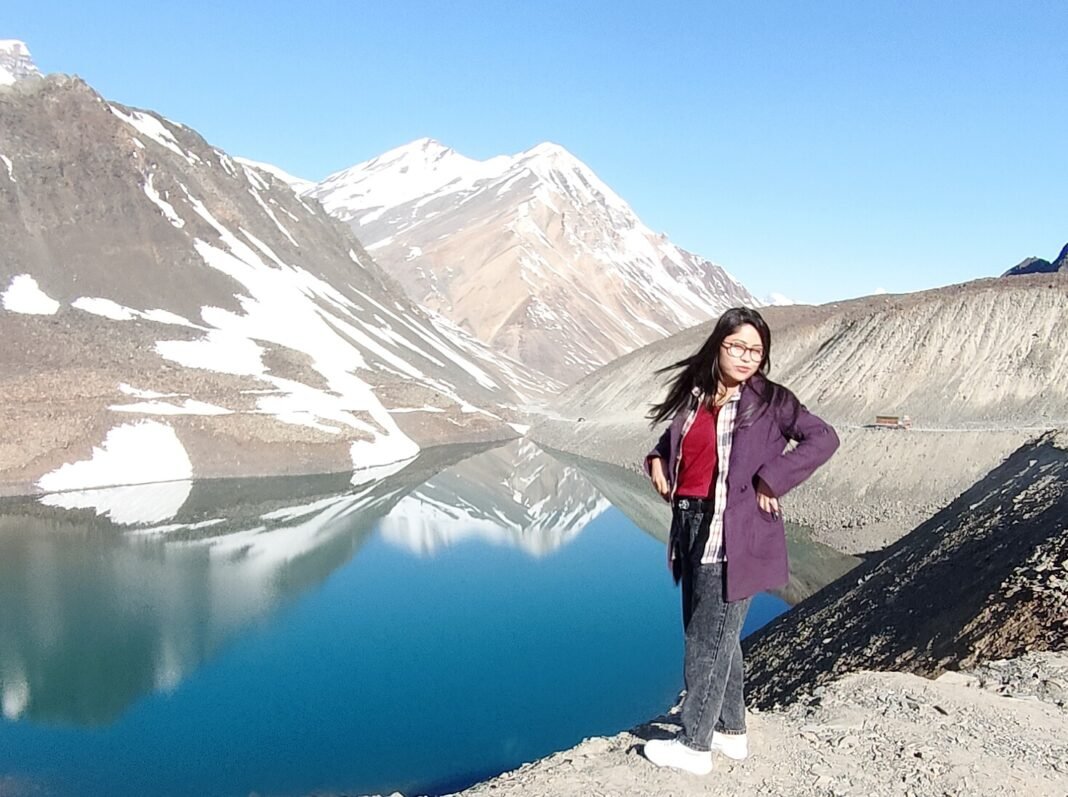 Suraj Tal or Suraj Tal Lake also called Surya Tal, is a sacred body of water, literally means the Lake of the Sun God, and lies just below the Bara-lacha-la pass (4,890m) (8 km (5.0 mi) in length) in the Lahaul and Spiti valley of Himachal Pradesh state in India.

Just below the Baralacha pass, is a lake, which one should not miss while here, especially if they are into photography. The Suraj Tal is one of the most dreamlike and photogenic lakes.

The sheer beauty of this place is enough to make the drive seem worth the effort. The lake is fed by the glaciers of Baralacha La and the area around makes for a great trek and biking tour. The lake is at a distance of around 65 km. from Keylong.