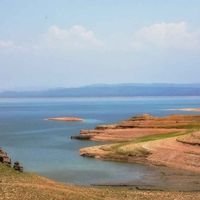 Maharana Pratap Sagar, also known as Pong Reservoir or Pong Dam Lake is a large reservoir in Fatehpur, Jawali, and Dehra tehsil of Kangra district of the state of Himachal Pradesh in India. It was created in 1975, by building the highest earthfill dam in India on the Beas River in the wetland zone of the Siwalik Hills. Named in the honour of Maharana Pratap (1540–1597), the reservoir or the lake is a well-known wildlife sanctuary and one of the 49 international wetland sites declared in India by the Ramsar Convention.

The closest railway stations to the project are Mukerian, at 30 km (18.6 mi), and Pathankot, at 32 km (19.9 mi). Nagrota Surian and Jawali, located on the periphery of the reservoir, are connected by a narrow gauge railway line, on the Kangra railway line, which connects Pathankot to Jogindernagar. The reservoir is connected by a good network of roads to major cities in Himachal Pradesh and Punjab.

Distance from the Main Cities

Apart from the airports at Chandigarh and Amritsar which are far off, the closest airport to the reservoir is Pathankot and Gaggal. Maharana Pratap Lake to Bharmar Distance 12 km. Wikipedia