This article will give you important information about the history of Kangra Himachal Pradesh. Here you can only know the important history of Kangra and this blog can also help you in competitive exams. Kangra is the most populous district of the Indian state of Himachal Pradesh. Dharamshala is the administrative headquarters of the district. Kangra Himachal Pradesh is mostly hilly. Kangra is famous for tea and rice and Kullu is famous for fruits. Winters are harsh in the Kangra district, but the weather is pleasant in summer, there are many temples, so Kangra is also called Devbhoomi.

Kangra is known for the world’s oldest royal dynasty Katoch. The city is situated between the Banganga and Manjhi rivers. The old fort in the south and the golden urn of the temple of Brijeshwari Devi in the north are the main symbols of the city. Kangra was earlier known as ‘Nagarkot’ and is said to have been founded by King Susharmachand after the battle of Mahabharata. The mention of Kangra is found in the Vedic period 3500 years ago. This place has been mentioned in Puranas, Mahabharata, and Rajatarangini.

In 1758, Raja Gamand Chand was appointed Nazim or governor of Jalandhar Doab under the Afghans. Ghamand Chand was a brave and strong ruler who restored the prestige of Kangra. He was unable to capture the Kangra fort, so he built another fort at Tira Sujanpur on a hill opposite Alampur town on the left bank of the Beas. He died in 1774 and was succeeded by his son Tegh Chand, who soon died in 1775. In 1810, Kangra was annexed by the Sikh Empire of Maharaja Ranjit Singh. Kangra became a district of British India in 1846 when it was ceded to British India at the conclusion of the First Anglo-Sikh War.

The Kangra Fort built by Bhumachand is 350 feet high and is built on the banks of the Vanganga River. There have been many attacks on this fort. First of all, King Shrestha of Kashmir attacked it in 470 AD. In 1886 this fort became under the British, in front of the fort there are temples of Lakshminarayan and Adinath. The British district included the present districts of Kangra, Hamirpur, Kullu, Lahaul, and Spiti. Kangra district was part of the British province of Punjab.

The administrative headquarters of the district was initially at Kangra but was shifted to Dharamshala in 1855. The city was completely destroyed in the earthquake of 1905, after which a new population was established. Thousands of pilgrims come here every year to visit the Jwala Devi temple and there is a lot of activity during Navratri. 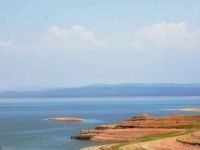 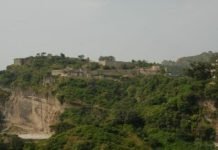 Best Places to Visit in Kangra