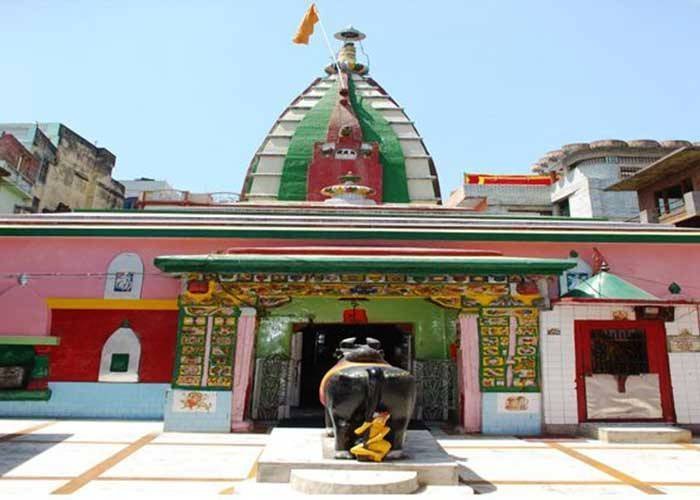 The Bhootnath Temple is an ancient temple and one of the famous temple in Himachal Pradesh. The controlling deity is the Great Lord Shiva and was built when State Capital was shifted from Bhiuli to present place. Bhootnath Temple, with an idol of a manifestation of god Shiva is synonymous with Mandi. The idol of Nandi, the sacred bull stands facing the ornamental double arch of the sanctuary. The overhang, cellar, and mandap are incised with delicate figures of elephants. The Nandi, Shiva’s mount, faces the deity from the ornamented double-arched entrance Bhootnath Temple.

The temple built in Shikhara style of the framework, dating back to the period of 1520 and was built by Raja Ajber Sen in 1527 AD. The modern shrines that are close by are brightly painted.

Raja Ajber Sen perceive the story of a cow presenting milk on her own volition to a particular stone in a forest.Lord Shiva is said to have appeared in the Raja’s dream and directed him to extract the Shiva Linga that was buried at that site.Thereafter,the Raja found the Shiva Linga at the indicated location, which he deified in a temple that he constructed in 1526, at the place it was found. He called it the “Bhootnath Temple” and started the observance of the Shivaratri festival at mandi. Concurrent with this event, the Raja shifted his capital from Bhiuli to Mandi.