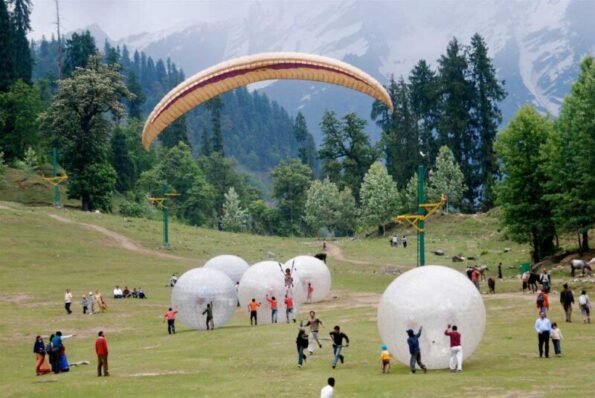 Here we will give you the history of Kullu Himachal Pradesh and some important information about Kullu Manali. Kullu is a municipal council town situated on the banks of river Beas, about 10 km from the airport at Bhuntar in Kullu. Kullu extends from Rampur village in the south to Rohtang Pass in the north. The Kullu Valley is a wide open valley formed by the Beas River between Manali and Larji. Kullu is a tourist destination in Himachal Pradesh which is also known as the Valley of the Gods. The grand course of the Beas River emerging from the Beas Kund, pine forests, and pine trees on rocky peaks makes the Kullu Valley even more spectacular.

Kullu district came into existence on 1 November 1966. The history of Kullu is told about 2000 years ago. The origin of the word ‘Kullu’ is believed to be from the word ‘Kuluta’, who was the first Virayas king of that time, whose name was inscribed as ‘Virayas’ on that coin. The region was earlier ruled by the Pala kings, who were succeeded by Singh Raja, who is believed to be a descendant of the Pala kings. Kullu was earlier ruled by the Thakurs and Behangmani Pal overthrew the Thakurs and established the first ruling dynasty of Kullu. The rule of the Pala kings continued till about 1450 AD and after a long gap of 50 years, the Thakurs and Ranas again captured the power.

And this state was later captured by Siddha Singh, who became the king of Kullu in 1500 AD. Local folklore tells the story of goddess Hidimba giving the kingdom of Kullu to Siddha Singh. After this, the next important king of Kullu was Raja Jagat Singh (1637-1672 AD) and Jagatsukh was the original capital of Kullu at that time.

In 1839 AD the Sikhs captured Kullu State from Raja Ajit Singh and in 1846 AD it was handed over to the British Government and became a part of Kangra District. And till 1960 the area of Lahaul and Spiti was part of Kullu Tehsil. Kullu was made a district of Punjab in 1963 and became a district of Himachal Pradesh on 01 November 1966.