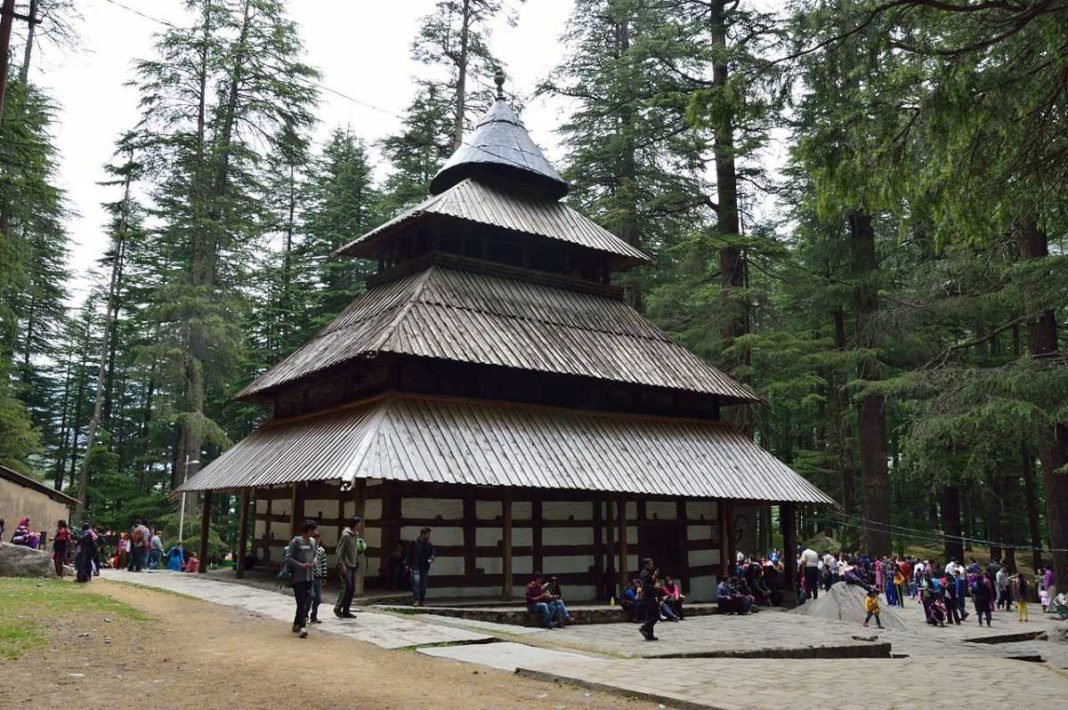 Located amidst the snow-covered hills of Manali, the Hadimba temple is a unique shrine dedicated to Hadimba Devi, who was the wife of Bhima and mother of Ghatothkach. Surrounded by gorgeous cedar forests, this beautiful shrine is built on a rock which is believed to be in the image of the goddess herself. The construction style of the temple is entirely different from that of any of the other temples, with its wooden doorways, walls, and cone-shaped roof. This temple is a fitting dedication to its presiding deity Hadimba.

Hidimba was originally a demoness who fell in love with the second Pandava brother and then through great penance was crowned the glory of being a goddess. It is said that the temple is built on the spot where Hidimba sat meditating in honor of her hard penance.

The Hadimba temple was built in 1553, but the legend of this place dates back to the Hindu epic Mahabharata. The temple is constructed over a huge rock which is worshipped as a representation of Hidimba. The architecture of this temple is also unusual. It consists of four wooden stories. The interior of the temple is maintained at its original earthen glory much in keeping with the undisturbed natural beauty that surrounds the temple.