Here you can know the history of Chamba Himachal Pradesh. Chamba has its headquarters in Chamba town. The cities of Dalhousie and Khajjiar are popular hill stations for the people of the plains. Chamba State was one of the oldest princely states in India, established in the late 6th century. It was part of the States of the Punjab Province of British India from 1859 to 1947. Chamba History has preserved a well-documented history from around 500 AD. It has helped preserve centuries-old relics and several inscriptions. Even today the kings of Chamba worship in temples that are more than a thousand years old.

The region is believed to have been inhabited by some Kolian tribes at that time, which later came under the rule of the Khasas. Khasa also came under the influence of Audumbara after a time. The Audambaras had a republican form of government and worshiped Shiva as their principal deity. From the Gupta period (4th century AD) the Chamba region was under the control of Thakurs and Ranas, who considered themselves superior to the lower tribes of Kolis and Khas. The Rajput dynasty rose to power with the rise of the Gurjara Pratiharas ((7th century AD).

It is also mentioned in the Chamba Himachal Pradesh Puranas, a word line, these are all kinds of good names. According to tradition, the ancient name of Chamba Val was “Champa” and the erstwhile kingdom was known as “Brahmapur”, later becoming Bharmour around 550 AD by King Maru Varman, who came from Kalpagrama to the Chamba hills. In the 900s, the capital was shifted from Bharmour. From Chamba city to present. The rulers of the Chamba state patronized the artists of the Pahari school of painting. Between 1809 and 1846 the Chamba was a tributary of Jammu. In 1821, Chamba annexed the Bhaderwah Kingdom. On 9 March 1846, Chamba State became a British territory.

Maharaja Ranjit Singh’s rule lasted for a long time, after the death of Ranjit Singh, Chamba became unsafe and the Sikh Empire disintegrated. And then after this in 1845 AD the Britishers ruled Chamba. And then on April 15, 1948, three major princely states… Chamba, Mandi-Suket, Sirmaur, and all other princely states were merged to form the old Himachal. 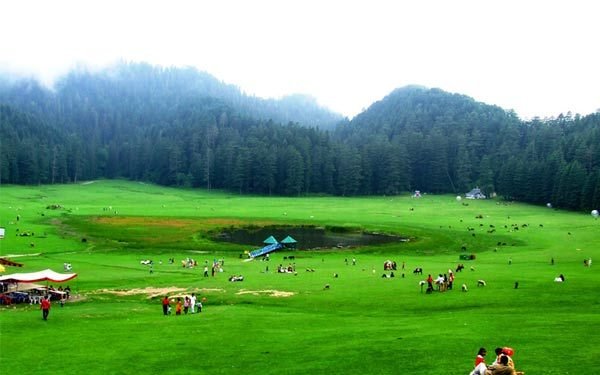