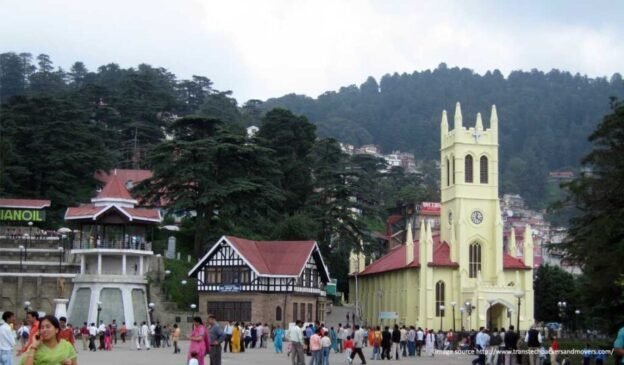 During the 18th century, most of the area occupied by Shimla city was a dense forest. The only signs of civilization were the Jakhu temple and a few scattered houses. This region was called ‘Shimla’, named after Shyamala Devi, an incarnation of the Hindu goddess Kali.

In 1806, Bhimsen Thapa of Nepal invaded and captured the region of Shimla. After that, the British East India Company wrested Shimla from Bhimsen Thapa in 1815. Lt. Ross built a wooden hut in Shimla in 1819 and Charles Pratt Kennedy built the first pucca house in 1822 in the area that now houses the CPWD office. The British-like atmosphere began to attract many British officers. By 1826, some officers were spending their entire holidays in Shimla. In 1827, William Amherst, the Governor-General of Bengal, visited Shimla and stayed at Kennedy House.

In 1830, the British acquired the surrounding lands from the chiefs of Keonthal and Patiala in exchange for a portion of Ravin Pargana and Bharauli Pargana. Thereafter the settlement grew rapidly, from 30 houses in 1830 to 1,141 houses in 1881. By the late 1830s, the city also became a center for theater and art exhibitions. As the population grew, many bungalows were built and a large market was established in the town. The foundation stone of Christ Church was laid on 9 September 1844. After this, in 1851-52 many roads were widened and the construction of the Hindustan-Tibet road with a 560 feet tunnel was started. This tunnel, now known as the Dhalli Tunnel, was started in 1850 by Major Briggs and completed in the winter of 1851–52. The Revolt of 1857 caused an uproar among the city’s European residents, but Shimla remained largely unaffected by the rebellion.

How Shimla Became the Capital

In 1863, John Lawrence, the Viceroy of India, decided to shift the summer capital of the British Raj to Shimla. The Kalka Shimla railway line was constructed by the government in 1906, which increased the popularity and accessibility of Shimla. This railway line was known as the British Jewel of the Orient. After independence, H.P. was the Chief Commissioner of the province. It came into existence on 15 April 1948 as a result of the amalgamation of 28 small princely states in the provinces of the Western Himalayas, fully known as the Shimla Hill States and the four Punjab Southern Hill States.

After the Constitution of India came into force on 26 January 1950, elections to the Legislative Assembly were held in 1952. Himachal Pradesh became a Union Territory on 1 November 1956. The Himachal Pradesh State Act was passed by the Parliament on 18 December 1970 and the new state came into existence on 25 January 1971. This is how Himachal emerged. As the eighteenth state of the Indian Union. 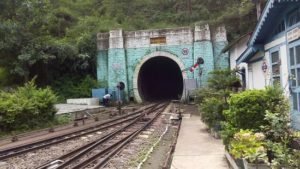